The below hospitals are located in the RDHS area to provide health care services for the District. 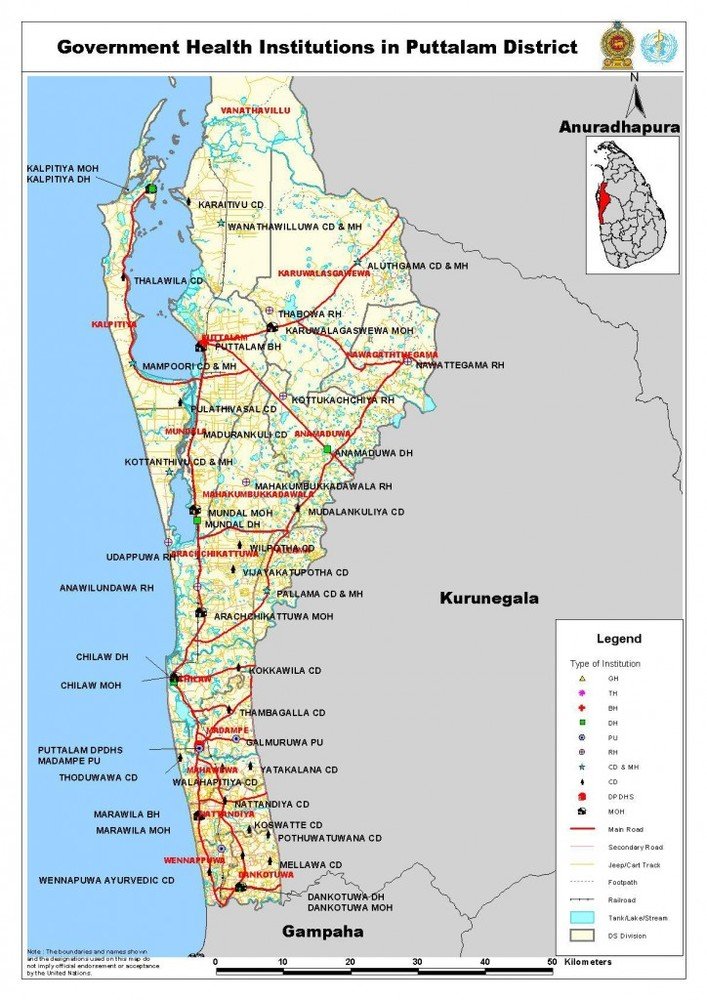 Leprosy is one of the main public health problem that prevails in the district of Puttalam and MOH areas of Chilaw and Puttalam have been identified as high risk areas. However, from the year 2013, more Leprosy patients have been detected from the Dankotuwa MOH area. In the year 2014, 92 new Leprosy cases were detected which consisted of 56 MB cases, 9 child cases and 72 adult cases, which stressed the need for conducting Leprosy control activities in the district of Puttalam.

Therefore, in order to control and prevent Leprosy, many Leprosy control activities were conducted in the district with the financial and technical assistance of FAIRMED FOUNDATION.

Some of them were: