District of Ampara is located along the eastern coast of Sri Lanka and is one third of the Eastern Province along with Batticaloa and Trincomalee Districts. Ampara District covers an area of 4415 km2 and has a population of approximately 648,000. A unique feature of the Ampara District is that, unlike other districts, it composes of two Regional Director of Health Services (RDHS ) areas namely: Ampara and Kalmunai.

The Ampara RDHS covers an area of 3100 sq km and has a population of  about 262,000. The area is administratively divided into 7 Medical Officer of Health (MOH) areas namely: Ampara, Uhana, Damana, Mahaoya, Padiyathalawa, Dehiattakandiya and Lahugala. 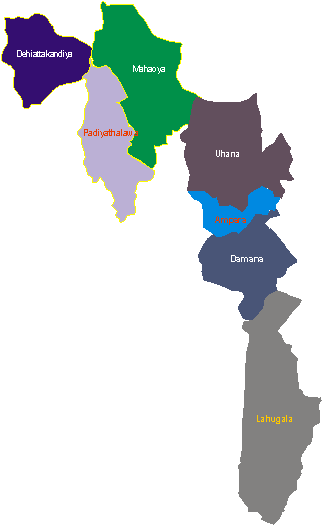 A range of Leprosy control activities were conducted in the Ampara RDHS area during the years 2014 to 2016, with financial assistance provided by FAIRMED FOUNDATION.